The global siloxane market is expected to surpass a valuation of more than US$ 25 Billion in 2027 with the market reaching about 3,000 thousand tons of production.

Siloxane refers to the unstable organosilicon compounds that are made up of recurrent Silicon-oxygen (Si-O) bonds that occur in either cyclic or linear forms. Silicones are made from siloxanes and may take on a variety of physical shapes, ranging from solids and semi-viscous pastes to liquids and oils.

Due to its beneficial characteristics, such as mobility, moisture resistance, durability, inertness, gas permeability, etc., siloxane has a wide range of industrial applications such as it being used in sealants, coatings, adhesives, medical devices, hygiene products, and food contact materials. 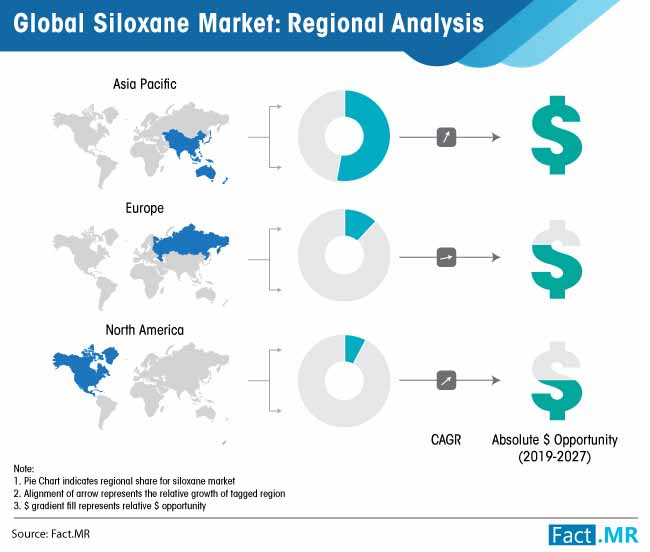 Previously, the use of siloxane products was largely confined to developed countries. However, economic development, increasing income levels and improving living standards have increased the market for siloxane based products in emerging countries.

Nonetheless, in the short term, silicone elastomer manufacturers have to face the problem of an unprecedented lack of investment in the siloxane production capacity – the starting block for silicone elastomer. The global market for siloxane copolymer lubricants is expected to remain limited during the forecast period due to a small number of market players.

In order to gain a major market share, businesses are concentrating on research and development programs for newer technologies and product development. Market players are expanding the existing product range via the introduction of custom products.

Siloxane is widely used as a sealant, adhesive and as a lubricant due to the different properties it offers. This is one of the main factors driving the growth of the global siloxane market.

In addition to this, siloxane is found to have several commercial applications ranging from electrical wire insulation to biomedical implants. The booming food and cosmetics industries is the reason behind the growth of the siloxane market where it is commonly used as an oil substitute for low-calorie food items such as salad dressings, mayonnaise and potato chips; to improve the texture of the hair, minimize greasiness and provide a shiny look.

Siloxane as well as cyclic siloxanes are being extensively used in the personal care industry as a solvent for skincare and haircare products. Siloxanes are used in these products because they are odorless and do not cause skin irritation.

As the demand for personal care products is rising worldwide, the market for silicones and siloxanes is growing at a healthy rate. 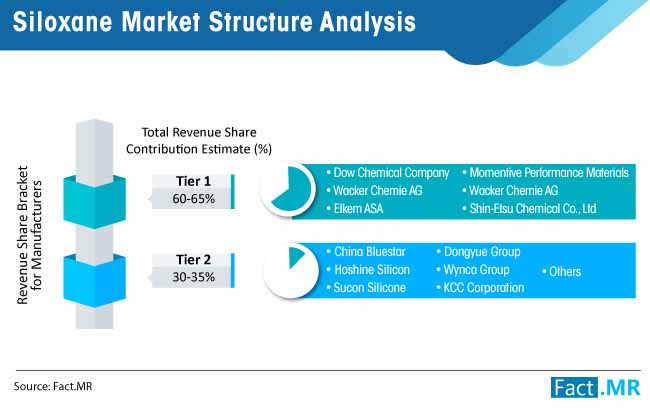 An Unbalanced Demand and Supply Straining the Global Siloxane Market

Restrictions in the supply of siloxane has put pressure in the market leading to higher costs, thereby causing problems for stable suppliers of siloxane. The shortage has begun to become more apparent in the last year, as siloxane facilities worldwide have fallen behind in the required demand.

Siloxane consumer prices have been rising across the industry since last year, with Wacker A.G., Elkem Silicones and Shin-Etsu Chemical Co. raising prices for some of the products. Momentive Performance Materials Inc. and Sun Chemical Corp. have so far reported price increases in 2018. The aforementioned reasons of price increase are expected to hinder market growth during the forecast period.

On the basis of region, the global siloxane market is projected to be dominated by Asia Pacific, followed by Europe and North America. Siloxane lubricants are commonly in use in the automotive and metal processing industries, while automotive production and use are dominated by developing countries such as India and China.

Asia-Pacific has accounted for the largest market share surveyed, primarily by countries such as China, India, Japan and South Korea. China dominated the Asia-Pacific segment due to its large manufacturing base of medical devices, adhesives & sealants, elastomers, electronics, etc.

The global market for siloxane is one of the most competitive and consolidated markets as a limited number of manufacturers operate with a significant market share around the globe. The root of the problem has been a market that has witnessed rising fortunes for several years, with product supplies being limited and demand increasing. Some of the key developments in the global siloxane market are:

Some siloxane product manufacturers are of the opinion that most of the deficiencies can be traced back to the crucial raw material siloxane, with a handful of the major suppliers investing in adding resources to this critical building block in the last decade.

The global siloxane market is segmented on the basis of type, application and region.

Country-specific assessment on demand for siloxane has been provided for each regional market, along with the market size valuation and forecast price point assessment, price index and impact analysis of key regional and country-wise dynamics, which were obtained through quotes from numerous siloxane experts.

The global siloxane market is segmented on the basis of type, application and region.

*69 figures and 89 tables includes by FactMR