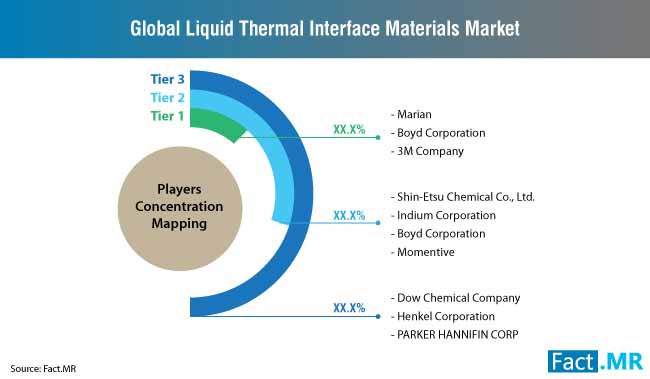 Liquid thermal interface materials are finding increasing utilization in consumer electronics, communication devices, and computers as the demand for high-power and high-performance circuitry in devices such as smartphones, tablets, and laptops continues to rise. Consequently, systems such as flip-chip BGA form factor packages have been developed to cater to the growing demands for high-performance and high-functioning microprocessors and ASICs.

Liquid thermal interface material is gradually being integrated into microprocessors for providing the medium for efficient dissipation of heat produced while processing and functioning. Additionally, liquid thermal interface materials comply with the mechanical and size constraints in compact electronic systems which is further driving their adoption in the industry. 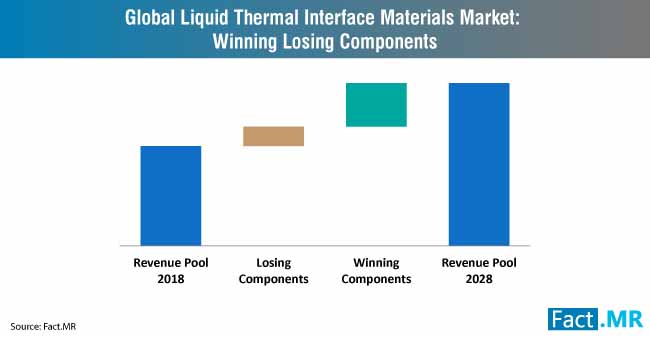 Nano-liquid metals can potentially be incorporated into the existing thermal management systems to provide improved thermal pathways for heat dissipation.

Study of using gallium-based liquid metals in thermal management is further expected to aid in liquid thermal interface materials market growth with the substance providing the required thermal conductivity in addition to it having lower melting point and viscosity.

In addition to this, gallium-based liquid metals have low melting points, are flexible and reformable owing to which the material is increasingly being used in bio-devices, flexible circuits, and self-healing superconductors.

Electric vehicles are finding widespread adoption across the world as regulatory authorities continue to promote the eco-friendly alternative over their fossil fuel-powered counterparts. Demand for lithium-ion batteries to power electric vehicles continues to rise owing to its high energy density.

However, large scale adoption of lithium-ion batteries is restrained due to the absence of efficient thermal management systems for dissipating the heat that is produced during charging or discharging of the vehicle which can consequently result in accidents and reduce the life of the battery.

The thermal management system offers an assortment of benefits such as temperature uniformity, better heat transfer, improved energy density in batteries, and fire suppression making it a lucrative technology for the automotive industry.

Further, the system is being integrated into high-performance smartphones to prevent them from heating. The technology is also being used as a cooling mechanism in computers and laptops.

Growing awareness about the benefits of the system in the automotive and electronics industry presents lucrative opportunities for thermal interface manufacturers who are slowly foraying into the production of liquid cooling systems to capitalize on the growing demand. For instance, 3M, a leader in the liquid thermal interface materials market recently showcased a unique computer which uses a liquid cooling system.

On the basis of product type, the liquid thermal interface materials market can be segmented into thermal adhesive fluids, thermal greases, and thermal liquid metals.

Based on the application, the liquid thermal interface materials market can be segmented into computers, communication devices, medical devices, consumer electronics, automotive electronics, and others.

*90 figures and 34 tables includes by FactMR