Synthetic Cannabinoids Sales to Soar as Dronabinol Maintains its Lead

Dronabinol is a prominent synthetic cannabinoids which holds more than two third market share in global market. Dronabinol for medical use is being manufactured by almost all prominent market players. Moreover, Dronabinol is an emerging suitable therapeutic compound which binds to cannabinoid (CBR) receptor giveing desired results during disease treatment.

Novel Techniques Such as Biosynthesis to Increase Foothold of Market Leaders

By region Latin America is projected to grow 6.8X during the forecast period as countries in Latin America are embracing legalization of synthetic cannabinoids in a big way. North America on the other hand will continue to maintain its hegemony in terms of market share. 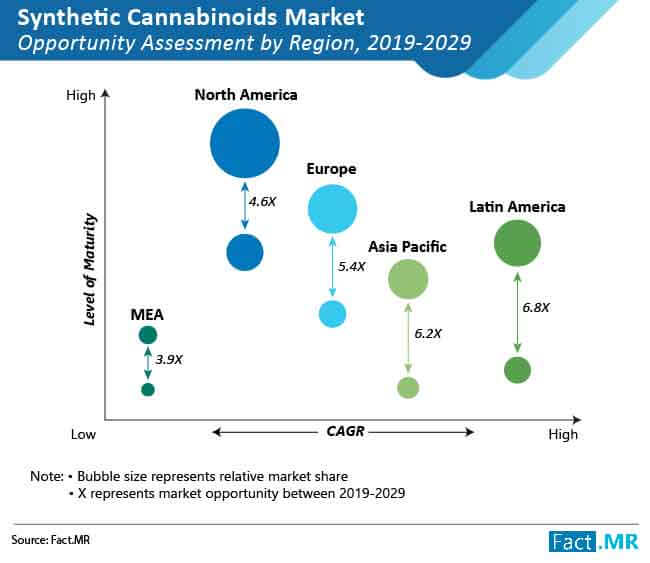 Manufacturers of synthetic cannabinoid drugs are running clinical trials and phase studies for different drugs which are likely to hit the market in the next two to three years. This will significantly escalate the demand for synthetic cannabinoids. Some of the companies such as CV Sciences, Inc. are focused on carrying out all phase clinical trials of the initial drug candidate (CVSI-007) in the foreseeable future.

Moreover, Insys Therapeutics, Inc. has synthetic cannabinoids compounds under the development phase. The company is developing Dronabinol inhalation for agitation in Alzheimer’s disease and cancer induced anorexia. Manufacturers are thus escalating demand for synthetic cannabinoid in the near future.

For instance, in 2019, Noramco announced that its cannabinoids business division will become a separate company named Purisys, LLC and is expanding its production capacity of Dronabinol and cannabidiol (CBD) in its production facility based in Athens, United Sates. 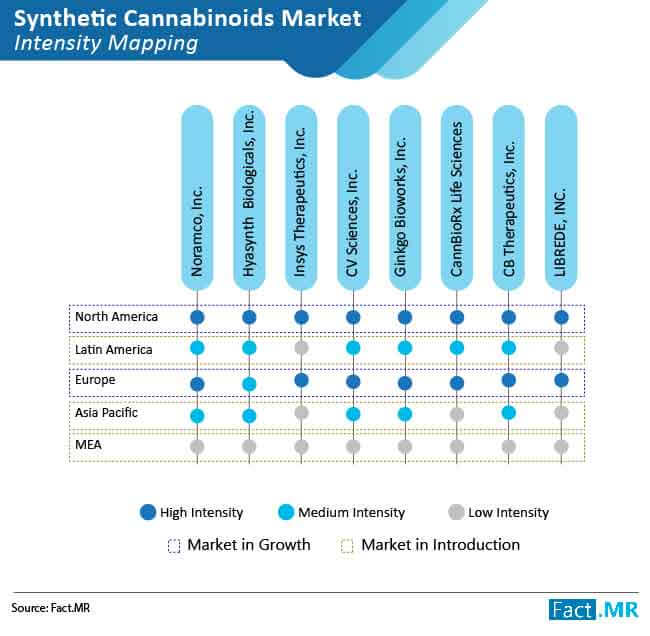 FactMR’s study has done the segmentation of synthetic cannabinoids market on the basis of type, and region.

What is the CAGR for synthetic cannabinoids market?

At what rate is the u.s. Synthetic cannabinoids market expected to grow?

By region Latin America is projected to grow 6.8x during the forecast period as countries