Global automotive vehicle market is currently undergoing disruptive changes with the introduction and rapid commercialization of electric vehicles. Electric vehicles are being adopted hastily as they offer competitive advantages over conventional vehicles such as zero emissions and optimised energy efficiency.

In addition, governments of several countries are offering various incentive schemes such as tax credit and rebates to encourage customers to buy electric vehicles over conventional vehicles in order to reduce environment pollution. 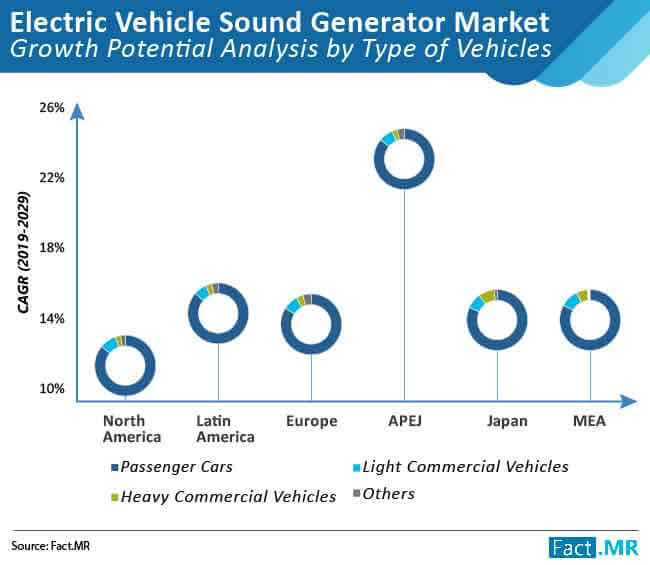 For instance, government of China offers a subsidy of US$ 6,750 to US$ 14,000 to customers on purchase of electric or hybrid vehicle. As a result, electric passenger car parc has increased substantially in the last couple of years and it is expected to grow at a faster rate over next ten years.

In the global electric vehicle sound generator market, passenger car vehicles are projected to create an absolute $ opportunity of more than US$ 193 million and are poised to be valued at more than US$ 263 million by the end of forecast period (2019 – 2028), predicts the report published by Fact.MR.

In Fact. MR’s report, it is projected that OEMs are set to grab more than 4/5th share of the global electric vehicle sound generator market by the end of 2029.

Asia Pacific is poised to Outperform Other Regions

Asia Pacific is expected to grow at a value CAGR of ~15% and it is expected to hold market share of more than 60% in terms of value by the end of 2029, reveals Fact. MR’s report. 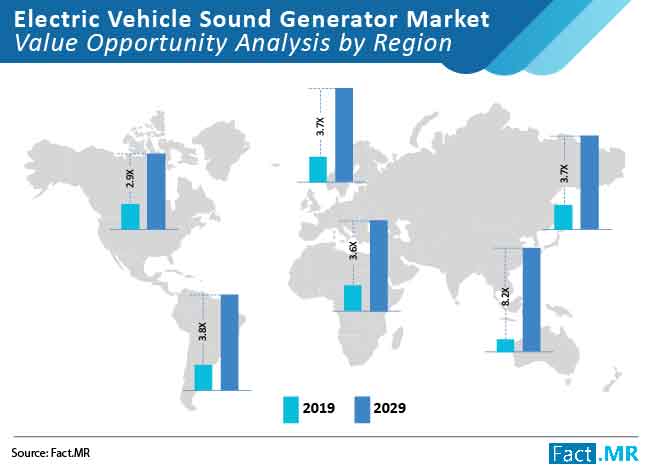 The global Electric Vehicle Sound Generator market is segmented on the basis of vehicle type, sales channel and region.

*91 figures and 84 tables includes by FactMR