Increase in the prevalence of nutrient deficiency and rising consumer health awareness have fuelled the demand for calcium-fortified foods. The continuous consumption of staple foods can lead to a deficiency of essential micronutrients, which can be altered using food fortification.

Apart from enriching the diet of patients suffering from malnutrition, calcium-fortified foods also help patients that suffer from dairy allergies and lactose intolerance by supplying the required concentration of calcium, which is otherwise taken from dairy products.

Many foods & beverages consumed on a daily basis are being fortified with calcium; for example, fruit and vegetable extracts, soy milk, cereals and other staple foods. Attributing to the increasing consumer preference for fortified foods, the demand for calcium-fortified food is anticipated to remain strong in the global market.

Calcium-fortified food, as in the case of other fortified foods, is processed with as per bioavailability, i.e. the maximum level of the nutrient (in this case calcium) that can be absorbed by the human body. In line with this, calcium-fortified food manufacturers ensure that only the required amount of calcium is being fortified in the processed food. World Health Organization prescribes that the regular intake of calcium should be between 1000 mg and 1200 mg per day for an individual.

Calcium-fortified food plays a vital role in helping consumers achieve the prescribed requirement of calcium. A wide range of foodstuffs, such as dietary drinks, ready-to-serve beverages, cereals and grains, are fortified with calcium, which enables wider distribution. Calcium is a vital micronutrient that comprises about 2% the weight of the human body and is utilized and replenished every day. Calcium-fortified foods are garnering attention from consumers of all age groups and are used for infant nutrition as well as adultery supplements. 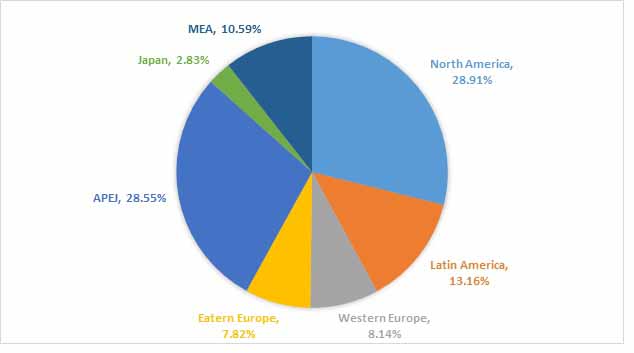 Rising concerns pertaining to osteoporosis and other bone-related risks and growing awareness due to public health initiatives are paving way for the growth of the calcium-fortified food market and by creating significant opportunities for market players. In addition, there is a considerable increase in public-private partnerships, which are gaining traction among consumers as they ensure wide distribution and higher returns to manufacturers.

On the basis of application, the global calcium-fortified food market has been segmented as,

On the basis of sales channel, the global calcium-fortified food market has been segmented as,