Appearance Effects segment has been identified to be the most prominent segment in the Special Effect Masterbatches market. This segment is estimated to account for ~60% of the global demand in terms of value in 2018 owing to number of factors including higher production rates and increasing adoption rates across a wide array of end-use applications. Furthermore, the market for appearance effects segment is expected to witness a CAGR of over 5% during the long-term forecast.

Besides, manufacturers are inclined towards offering other advanced effects such as rainbow effect through polychromatic and holographic effects. All such factors along with growth in application industries tend to provide a hike to the appearance special effects market over the forecast period.

The Packaging segment is forecast to continue its dominance in the special effect master batches market throughout the forecast period. The segment accounted for a share of a little over 35% of the market share in terms of value in 2018. 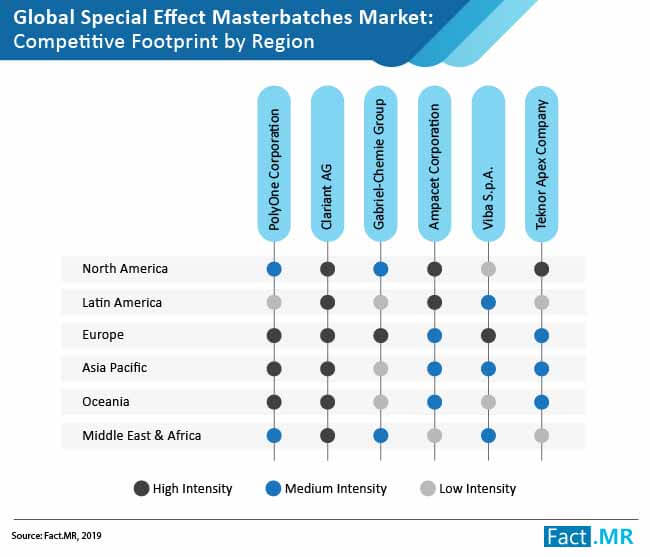 Europe is identified as the key region for Special Effect Masterbatches market however, the Asian region will offer greater market opportunities and growth. Europe accounted for around one third of the global demand (in terms of value) in 2018. 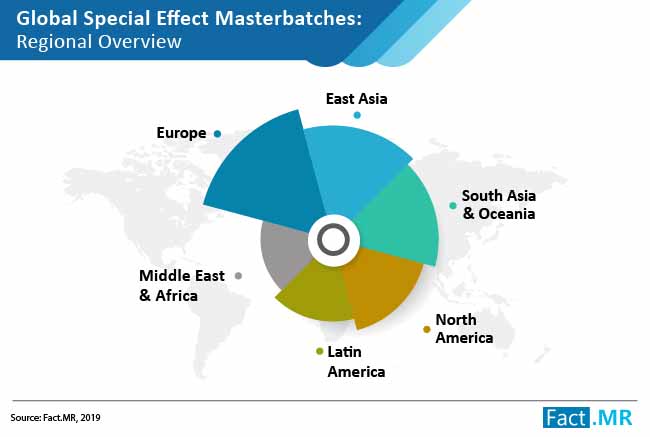 In addition, the market for Special Effect Masterbatches in the region is estimated to be in line with that of the global GDP growth. This growth has been attributed to strong demand from a number of end-use industries and its dominance in the global masterbatches market (parent market). Moreover, packaging, automotive and consumer appliance industries in the Asian region are observing growth, which opens wide avenues for the Special Effect Masterbatches consumption over the forecast period.

The demand for the Special Effect Masterbatches is estimated to exhibit a CAGR just above the global GDP growth rate. The market contains number of players with regional markets dominated by local manufacturers.

The Global Market For Special Effect Masterbatches Is Anticipated To Grow At A Value CAGR Of 5% During The Forecast Period.

Some of the key players in global market are PolyOne Corporation, Clariant AG, Gabriel-Chemie Group, Ampacet Corporation and many more.