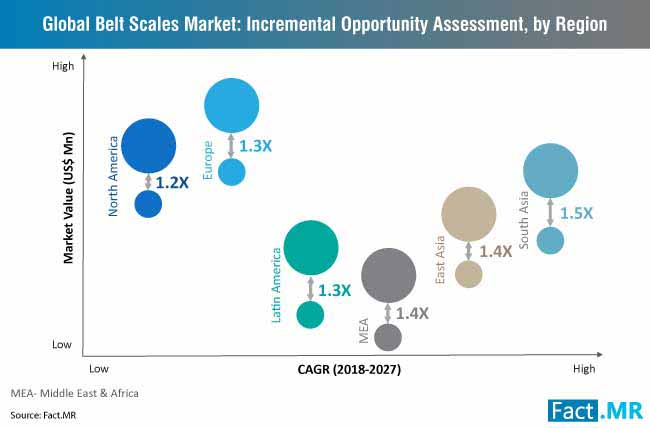 What is Driving the Belt Scales Market?

What are the Challenges Stakeholders in the Belt Scales Market need to Address?

While belt scale systems find applications in an array of end-use industries such as food & beverages, cement, steel, energy & power, and logistics, demand for conveyor belt scale systems is surging in the mining industry. Mining industry relies heavily on weighing of material which is a key aspect for evaluating profitability.

Conveyor belt scale systems using perceptive electronic components for measuring weights are providing mining companies with an efficient alternative to the conventional weighing systems. Additionally, the system does not require constant loading and unloading of materials for weighing which enables companies to save both time and costs.

In addition to this, belt scale systems are available in single idler and multi idler models and companies can also choose between light, moderate, and heavy models depending on the amount of weight to be measured.

Results from both steps of the research were cross-referenced with each other to produce an authentic and accurate forecast of the belt scales market.

The Belt Scales Market to record a Growth of over 3.3% During the Foreseen Period.

*87 figures and 129 tables includes by FactMR