What are the Factors Driving Bridge Cable Sockets Market Proliferation? 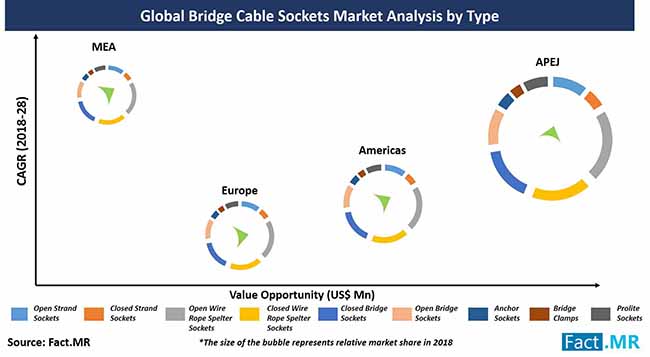 What are the Challenges do Stakeholders in the Bridge Cable Sockets Market Need to Address?

Cable-stayed bridge design is gaining increasing traction around the world owing to the substantially less time required to construct the bridge relative to other bridges. Additionally, the cables used for the construction of the bridge are estimated to exhibit better pressure-handling capabilities making it an effective design for maintaining the shape and structure of the bridge under heavy loads.

These factors coupled with the requirement of significantly fewer materials for bridge construction are estimated to cause a widespread adoption of the design around the world.

The proliferation in cable-stayed bridge construction is likely to create a surge in the demand for open bridge sockets owing to the high strength, stiffness, and durability they impart to the bridge structure relative to other types of sockets such as the open wire rope spelter sockets, closed strand sockets, open strand sockets, anchor sockets, bridge clamps, and closed bridge sockets.

Booming infrastructure development is estimated to bolster sales of new bridge cable sockets while demand in replacement is expected to remain robust.

Scope of the Report 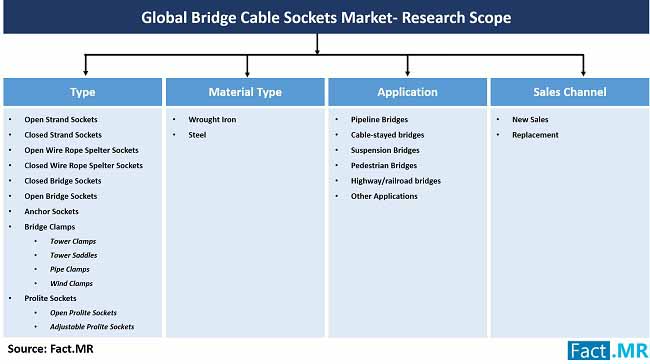 The outcomes from both the steps of research were triangulated with each other to create an accurate and authentic forecast of the bridge cable sockets market.

Which Are The Dominant Countries In The Global Bridge Cable Sockets Market?

Dominant Countries Are USA, Asia-Pacific, Japan, China And The Middle East And Africa

Generator market size is slated to continue its steady growth pace at a CAGR of over 5% by 2030. Tel...