Ammonium chloride market is partially fragmented, with majority of the world’s production highly concentrated in China, which accounts for nearly 70% of global exports. 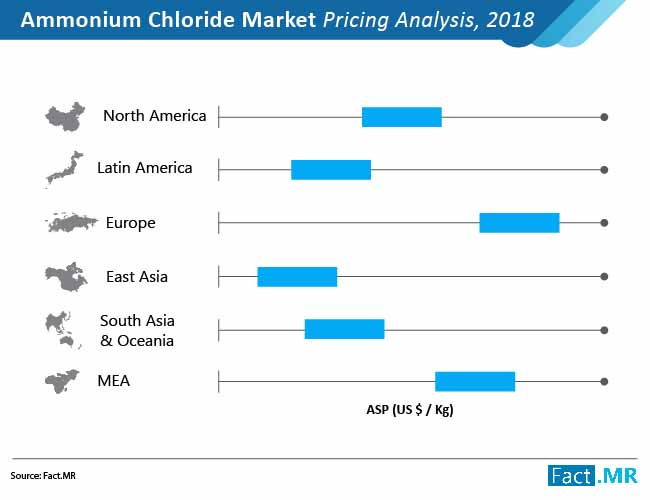 Furthermore, overcapacity and Chinese trade dependency will govern the ammonium chloride prices over the assessment period.

China has been a lucrative market for ammonium chloride and is set to maintain its dominance throughout the forecast period.

Thus manufacturers of ammonium chloride using Hou’s process have gained a competitive advantage over other players using the conventional Solvay process. Currently, China has an overcapacity of both ammonium chloride and soda ash.

China has witnessed a number of capacity expansions with domestic manufacturers entering the market.

The market in China also has the presence of global manufacturers that have joint-venture manufacturing facilities in the country. The extent of capacity increase in the country has been higher than that of the domestic demand which is escalating the rate of overspill into exports.

Majority of production is consumed locally and as per fact.MR estimates, the country exports 5-10% of its total ammonium chloride to other countries. 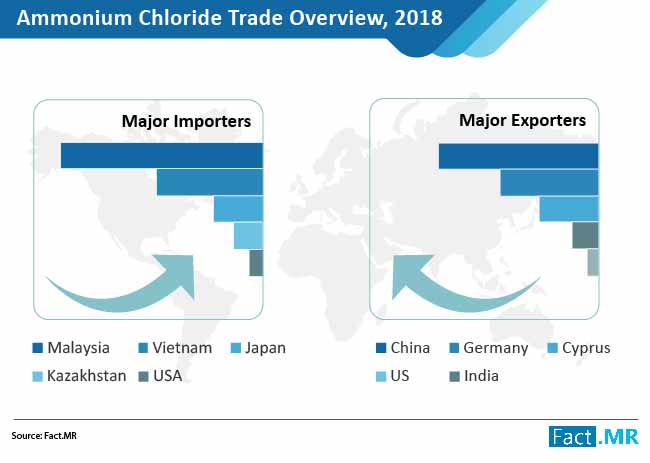 Fact.MR has studied the ammonium chloride market with detailed segmentation on the basis of grade, application and key regions.

The global market is segmented on the basis of grade, application and key regions.

*101 figures and 58 tables includes by FactMR