What are Key Growth Influencers of the Controlled Substances Market?

Which Factors are Arresting Growth of the Controlled Substances Market? 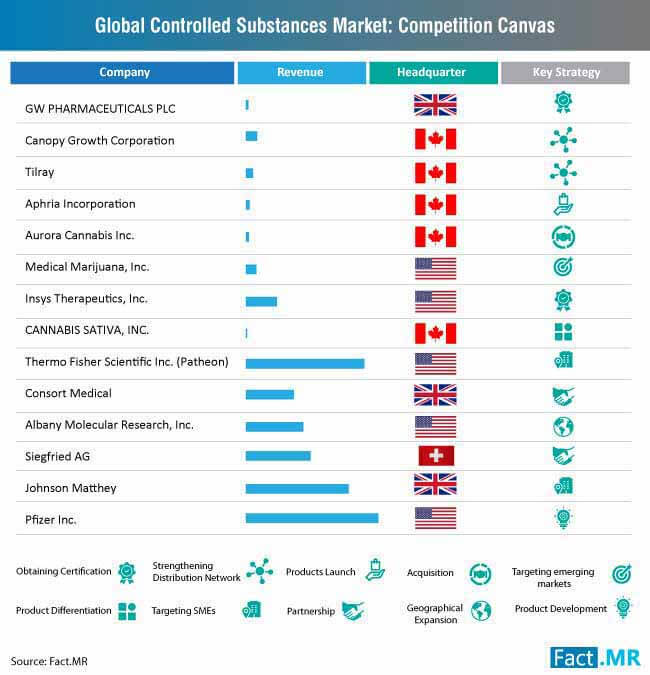 Electronic prescribing of controlled drugs, which emerged as a key trend in the past decade focusing on adoption and utility, has witnessed a paradigm shift toward quality- and optimization-based developments in the past few years.

This has further led to an increased efficiency of processes associated with physicians, such as reduced follow-up times for detecting errors owing to time saved from procuring them electronically.

Encouraging access to electronic health records for the same has further resulted in timely product validation and verification prior to procurement. As of 2018, nearly 22 states in the US have current or impending legislations for electronic prescribing of controlled substances.

The Opioid Reduction Act was implemented by the West Virginia Department of Health and Human Resources, setting limitations on the opioid prescriptions, and enabling patients to place directives in their medical files apropos of advanced treatment that involve opioid medications. Additionally, the legislation enables patients top opt out of treatment with opioids in advance, via filling the form of Voluntary Opioid Advanced Directive. This initiative to reduce the use of opioids, particularly for beginners, is a huge step taken toward turning the tap off in opioid crisis, while preventing new patients from getting addicted to these drugs.

Comprehensive telephonic interviews have been conducted for gaining first-hand, authoritative information on the controlled substances market’s current scenario and prospects. This information is then used for validating the insights gained from exhaustive secondary researches.

Controlled Substances Market is Expected to Grow at 4% CAGR

*196 figures and 56 tables includes by FactMR