The trending convergence of aqueous solution which has large adoption rate and is further expected to create enormous incremental opportunities for sodium methoxide market. 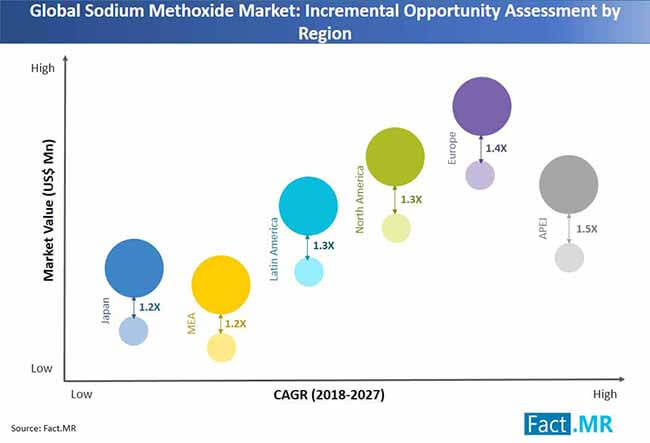 A recent Fact.MR research analysis foretells the sodium methoxide market to record a growth of over 3% during the foreseen period (2018 – 2027) in terms of value.

Rising Demand for Sodium Methoxide in Various Applications across the Globe

The development of the sodium methoxide market is significantly driven by rising demand in catalyst application across world and increasing global presence of key manufacturing companies in the emerging economies. End-use industries are seeking high-quality sodium methoxide that are highly efficient and cost effective.

The concept of sodium methoxide in the chemical reactions in various applications has brought substantial changes in the overall chemical sector across the globe.

This substantial changes in the chemical sector is ideally strengthened by the rising production footprint by key companies to cater the need for sodium methoxide among end-use industries mainly in bio-energy, life science and pharmaceutical among others.

As most of the developments are indulging in the bio-energy industry is also impacting the overall sales of the sodium methoxide market globally. According to Oil World 2017, the global production of bio-diesel is currently dominated by Europe region with the market share of more than 35% and is estimated to witness the same trend in the foreseen period.

Adoption of the sodium methoxide in bio-energy industry in developed as well as emerging economies is likely to gain high traction in the market.

Manufacturers are adopting the advanced technologies for the production of the sodium methoxide to attract the several end-use industries to gain high market share and high profitability margin in the global market. 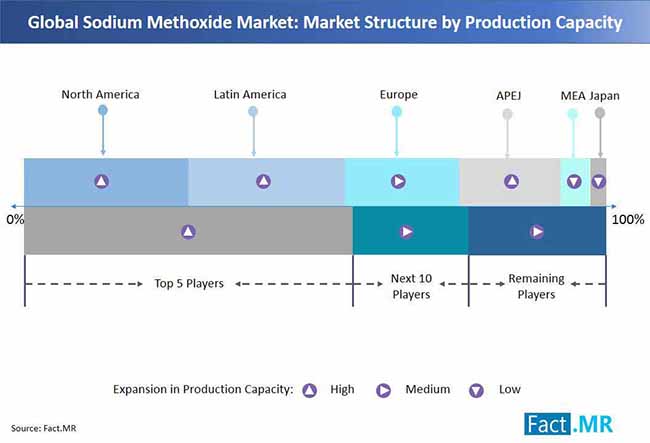 With the addition of advanced technologies of sodium methoxide that have greater performance characteristics and high efficiency, is used in the catalyst and other applications globally. With environmental and government regulations getting stricter in prominent countries, manufacturers are developing such chemical products that are ease of compliance with government regulations.

Also, it’s used in various applications such as catalyst and precipitant applications which is anticipated to create an enormous incremental opportunity for sodium methoxide market in the near future.

The global market for sodium methoxide is also expected to witness a rise in the sales of the products owing to increase production capacities of the companies in the prominent countries.

The global market for sodium methoxide is expected to register strong growth in emerging economies mainly in APEJ due to expanding production facilities of the key manufacturers in APEJ countries. Key manufacturing companies are strategically focusing on catering to the increasing demand from the APEJ region. 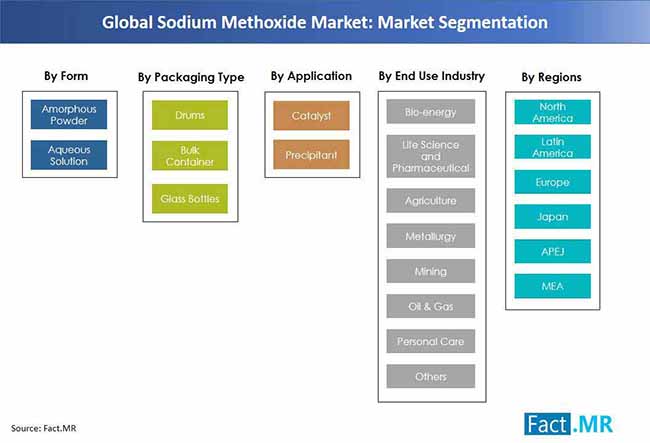 The rising production of bio-diesel along with increasing investment in the research & development activities in the APEJ region is also impacting the growth of the global sodium methoxide market.

Among other regions, MEA and Latin America are also expected to witness sizable growth in the global market over the forecast period due to increasing manufacturing facilities and a growing number of suppliers in the regions.

The Sodium Methoxide Market to record a Growth of over 3% During the Foreseen Period.