The fortified dairy products market has been witnessing the introduction of an extensive range of dairy products in the recent past. In addition to dairy-based products, creamy products such as yogurts, cheese, cream cheese, fromage frais, milkshakes and flavored milk, are witnessing immense popularity. Increasing consumer interest in health food is giving an uptick to sales of popular dairy foods such as yogurts.

The packaged food industry further sustains the demand for cheese, soft cheese, and similar products. From the fortification point of view, it is technically easier and more suitable to fortify dairy-based cream products owing to their highly viscous nature that prevents sedimentation, unlike liquid (beverage) products. This is likely to push demand for fortified dairy products.

However, the next few years are expected to observe bolstered growth of minerals segment, attributed to their importance as essential micronutrients in fortified dairy products.

Fortification of Milk and Derived Products to Gather Momentum

Manufacturers and experts state that milk and dairy products are an easy vehicle for fortification than most of other foods. Proven results of fortified dairy products in terms of reduction in nutrient deficiency conditions will reportedly continue to support revenue generation.

As far as dairy products are concerned, they are popularly known as calcium-rich foods and some popular fortified dairy foods such as milk are available in the market since the last couple of years.

Being a rich source of calcium, vitamin D, potassium, and magnesium, milk remains the most recommended food for consumers of all ages which is likely to bolster the demand of fortified dairy products during forecast period.

World Health Organization (WHO) and the Food and Agricultural Organization (FAO) collectively portray food fortification as an important strategy to fight the prevalence of childhood and adult malnutrition, especially in underdeveloped countries and remote areas of developing countries, which has resulted in increased demand for fortified dairy products. 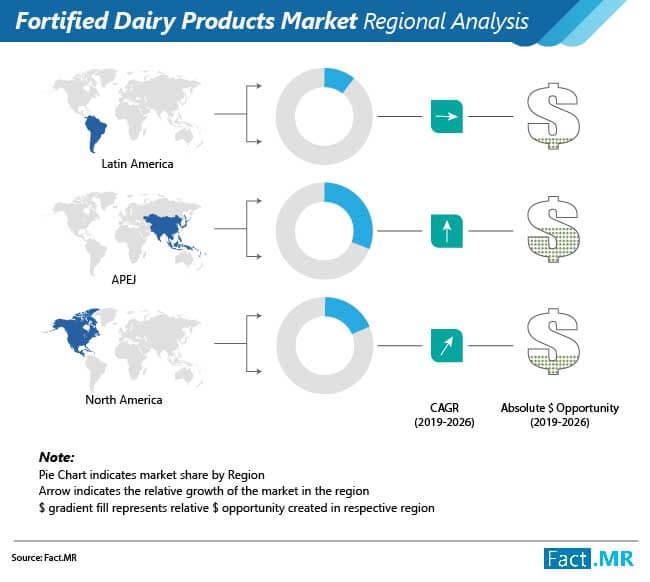 For instance, in the year 2018, the company Nestle USA, launched Nesquik-SuperBreakfast protein-rich milk drink. This has helped Nestle USA boost its revenue with new fortified dairy product offerings in market. 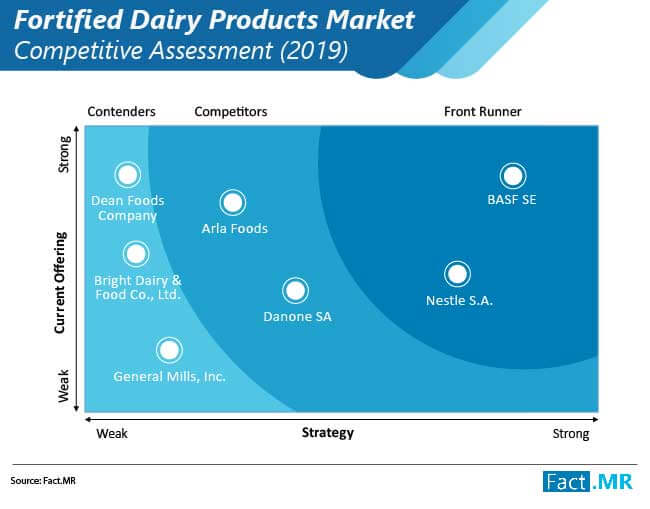 FactMR’s study has done the segmentation of fortified dairy products market on the basis of product type, micronutrients, sales channel and region.

At what rate will the Fortifies Dairy Products market grow?

Who are the major players in Fortified Dairy Products Market?

Nestle SA, BASF SE and Danone SA etc, have been expanding their product portfolio in the potential markets such as United States, India, China, Germany etc.

Which are the major countries driving demand for Fortified Dairy Products Market?

The US, UK, India and China are the major countries driving demand for Fortified Dairy Products Market.

Which are Product Types includes in Fortifies Dairy Products market?

The global pastry fillings market is valued at more than US$ 1 Bn in 2020 and is expected to grow at...