Aircraft Cleaning Chemical Market By Formulation (Water Based, Solvent Based, Synthetic, Bio-Based, Wax Based), By End Use (Civil Aviation, Commercial/ Cargo Based Aviation,Military), By Product Type, By Region - Global Market Insights 2019 to 2029

As per the International Air Transport Association (IATA), global air passenger traffic for 2018 rose by a healthy 6.5% compared to 2017, which is more than the average annual growth over the last ten years, i.e. 5.5%.

On the backdrop of the aforementioned factors, global aircraft cleaning chemicals market is forecast to rise at a healthy growth rate of around 5% over the forecast period.

Further, factors such as the growth in the tourism industry, growth of international travel, competitive pricing of air fares have led to the deployment of new aircrafts. This in turn will augment the demand for aircraft cleaning chemicals over the forecast period.

From the regional perspective, North America is expected to have the largest market share in global aircraft cleaning chemicals market, contributing one third of market share in 2019.

However, North America is anticipated to lose significant market share in aircraft cleaning chemicals market by the end of 2029 owing to resurgence of the market in China, Asia, and MEA. Asia has emerged as a prominent region in aviation traffic and is expected to remain resilient in the coming decade. 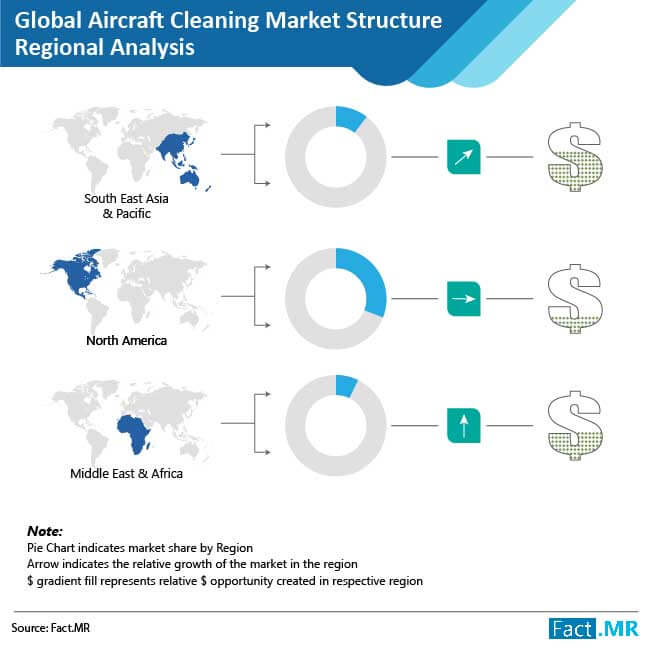 Anticipated investments in the development of airports over the next 10 years, catalyzed by government initiatives, are expected to drive growth of aircraft cleaning chemical market in Asia Pacific. China and India have been a lucrative market which has significantly pushed aircraft traffic growth for several years, as total number of passengers from these countries have increased at an overwhelming rate.

Regional Players to Hold an Edge, Sustainable and Durable Chemicals to act as Growth Levers

Global aircraft cleaning chemicals market is characterized by the presence of a significant number of global as well as regional players. In developing regions, such as India, China, etc., small and medium sized players dominate the market. 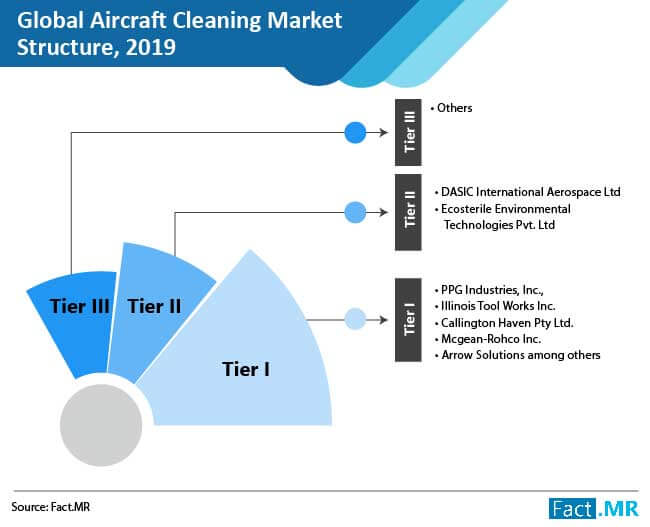 Bargaining power of buyers in the aircraft cleaning chemicals market is relatively high as there are a large number of suppliers from which various airlines can negotiate prices.

Fact.MR has studied the aircraft cleaning chemicals market with detailed segmentation on the basis of product type, formulation, end use and key regions.

Who Are The Major Participants Operating In The Global Aircraft Cleaning Chemical Market?

Which Segment Is Dominating the Offerings in the Global Aircraft Cleaning Chemical Industry?

The salon disinfectants market is expected to witness steady growth through 2028. The rapid growth o...