A wide range of laminated bulk bins is available in the market such as single walled, double walled, and heavy duty laminated boxes to suit a broad client base. Mushrooming SMEs have increased warehousing spaces where heavy duty and foldable laminated bulk bins are highly sought after which serves benefits in terms of saving time, handling efforts, cost, and reduced product damage. This, in turn, assists in maximizing the overall warehousing efficiencies.

The major growth contributor to the global laminated bulk bins market is the high demand for ecofriendly packaging type that not only can be used for the bulk transportation but also renders no harm on the environment. Laminated bulk bins being made of paper are highly preferred by nations where the government has laid down strict environmental guidelines regarding the use of plastics.

The global Laminated Bulk Bins market is segmented on the basis of material type, end use, and geography.

On the basis of material type, the global laminated bulk bins market is segmented into

On the basis of end use, the global laminated bulk bins market is segmented into

Food & beverages end user is expected to account for the largest market share in the global laminated bulk bins market. The growth can be attributed to high demand for the fresh produce bulk transportation for exports and imports.

On the basis of region, the global laminated bulk bins market is segmented into

North America is expected to lead the global laminated bulk bins market. The region off late has been witnessing a steep rise in the demand of its food and chemical applications. One third of the agricultural land in the U.S. is meant particularly for exports which drives the need of bulk packaging. Laminated bulk bins offer several advantages such as reusability and cost efficiency, leading to their wide applicability across the various end users.

Among the European countries, Germany alone has a share of nine percent in total world’s merchandise exports which is even larger than the export percentage of the U.S. It has not only supported its home states, it has also helped in improving the economy of its Eastern European countries. Germany recorded exports worth 118,248 million euros in the month of January’2017 which is self-explanatory of the strong position of Germany all over the globe. This increased demand for exports is further driving the growth of the laminated bulk bins market in the European region. 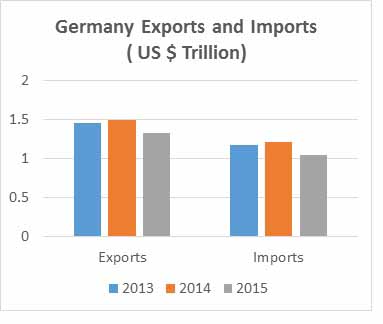 MEA laminated bulk bins market is expected to expand at a slow pace. Due to the predominance of the oil sector in the Middle East & Africa region, the diversification of economy in the region is considerably low. Excluding the oil and the other government sectors, the GDP per capita is very low in most of the MEA countries. Moreover, the oil producing countries are facing significant drops in their oil prices and consequently, their revenues are dropping.

High dependency on the oil industry for the procurement of bulk containers is a restraining factor for the MEA countries and is resulting in a challenge for the laminated bulk bins market to grow in the Middle East & Africa region.

What is driving the market for Laminated Bulk Bins currently?

Growing reliance on the paperboard packaging solution amidst the trend of eco-friendly packaging is one of the prominent factor driving the progress of the laminated bulk bins market.

Who are the key players in the Laminated Bulk Bins Market ?

Key players under the Tier 1 category having a market share between 3%-5% are International Paper Company and WestRock Company.