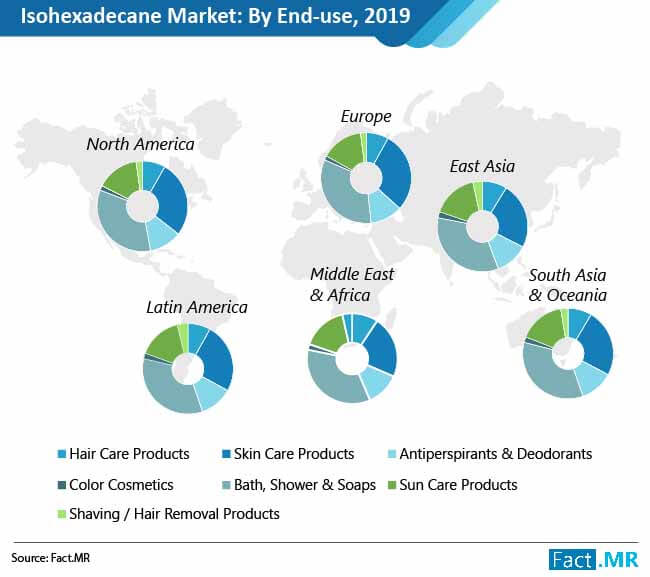 Sun care and hair care products have been identified as fast growing end-use products in personal care industry which is likely witness steady growth during the forecast period. Likewise, end-use applications such as Antiperspirants & Deodorants, Shaving / Hair Removal Products, and Bath, Shower & Soaps have been identified as niche applications of isohexadecane and are anticipated to grow at a slow pace during the forecast period.

Key cosmetic brands such as NYX professional, L’Oreal’, Garnier, Olay and Sephora are opting for isohexadecane in their formulation which further supports the growth of the market.

On the backdrop of the aforementioned factors, the global isohexadecane market is expected to witness moderate growth of 3.3% over the forecast period of 2019-2029

Manufacturers engaged in production of isohexadecane have established a strong relationship with channel partners to expand their regional presence and customer base. For instance, Ineos Oligomer, one of the prominent players in the market, distributes its product via channel partners such as Presperse Corporation, now Sumitomo Corporation (Permethyl 101A), NIHON KOKEN KOGYO CO.LTD.

(Permethyl 101 A) and Lanxess Distribution GmbH (Purolon IHD), amongst others. Similarly, SEPPIC, Calumet Specialty Products Partners, L.P. and UPI Chem are some of the suppliers that distribute isohexadecane manufactured from Ineos Oligomer or Croda to end-users with unique trade name. These collaborations aid isohexadecane manufacturers to expand their product reach globally. 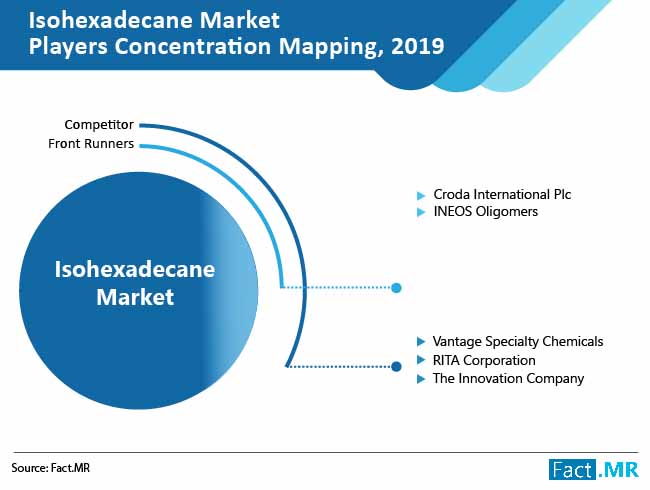 North America and Europe Race Ahead, Asia Pacific Closing In

China, on other hand, has witnessed growth of higher than average, where consumers are shifting towards high premium personal care products driving the use of isohexadecane. The ASEAN and South Asian countries will witness a high pace growth compared to other countries, especially in countries like India, Indonesia, and Vietnam.

This is mainly due to the growing per capita personal care spending, disposable income, and shifting consumer preference towards self-care and premium products. Latin America is a developing market with potential market expansion in the region where Brazil is the prominent country, with huge potential for market growth.

Key sections have been elaborated upon in the isohexadecane report, which have helped deliver projection on regional markets. These chapters include regional macros (GDP, political economic, regional regulatory policies and business environment outlook), which are expected to have a significant influence on the growth of the isohexadecane market during the forecast period.

Country-specific valuation on demand for isohexadecane has been offered for each regional market, along with the market scope estimate and forecast, price index, and impact analysis of dynamics of prominence in regions and countries. For all regional markets Y-o-Y growth estimates have also been incorporated in the report.

Detailed breakup in terms of value & volume for emerging countries have also been included in the report.

What are the key section on which isohexadecane market is segmentated?

Regional Segments are the key section on which Isohexadecane Market is segmented.

What will affect market consolidation and consumer inclination towards natural ingredients?

Sales of petroleum based isohexadecane will affect market consolidation and consumer inclination towards natural.ingredients