Global organic substrate market is anticipated to witness 5.6% CAGR growth from 2017 to 2026. The global market value for organic substrate is also expected to reach US$ 13,438.1 million value towards 2026 end. Increasing demand for ultra-thin mobile phones is resulting in the increased use of flip-chip technology connecting die to the substrate. 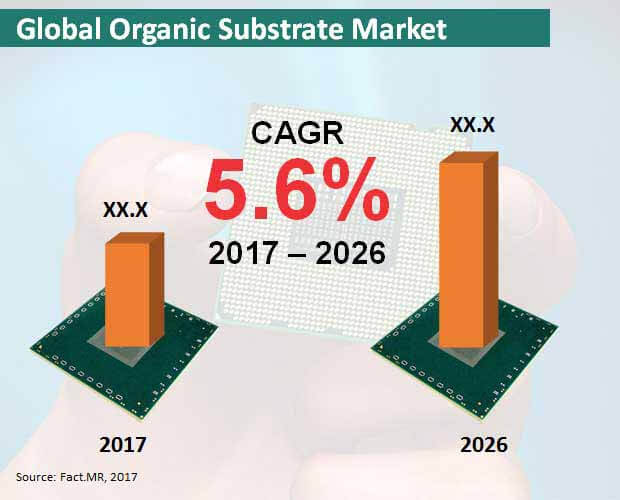 Tape Substrate to Emerge as the Largest Substrate Type

Organic substrates are likely to find the largest application in mobile phones during the forecast period from 2017 to 2026. Mobile phones are projected to create an incremental opportunity of over US$ 1,900 million between 2017 and 2026. Increasing demand for wireless components and mobile phones is transforming the way electronic devices are designed. Increasing development of ultra-thin smartphones is resulting in the growing use of organic substrate. Moreover, organic substrates are also being used for RF modules and more functionality is being integrated RF modules for smartphones.

The report also profiles companies that are expected to remain active in the expansion of global organic substrate market through 2026, which include

(Additional information, including cross-sectional data and country-wise analysis & forecast is available in the report)

*84 figures and 106 tables includes by FactMR