Need for Novel Storage Solutions to Drive the Market for Collapsible Crates, Market to register CAGR of 5% during forecast 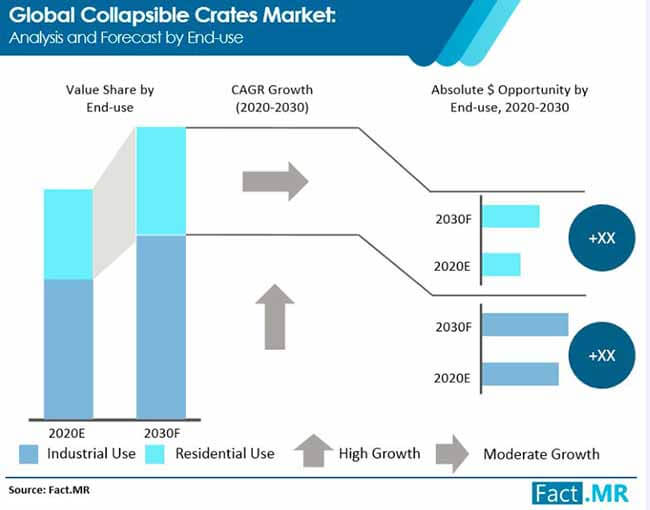 North America accounts for nearly one third share in the collapsible crates market. Demand in North America is expected to substantially rise in comparison with demand in 2019. Despite the dampening of sales in 2020 owing to the COVID-19 pandemic, market is expected to show moderate recovery presenting a U-shaped recovery curve.

While United States accounts for the majority share in the North America Collapsible Crates market, Canada is expected to show high growth during forecast period. Low penetration of collapsible crates manufacturers is expected to present prominent opportunities for existing as well as emerging players in the market.

Collapsible crates market is fragmented with top companies holding nearly one third of the revenue share. Companies like Uline Inc. and Orbis Corporation hold the majority share in the market, and volume share of these companies has been increasing in the recent past. 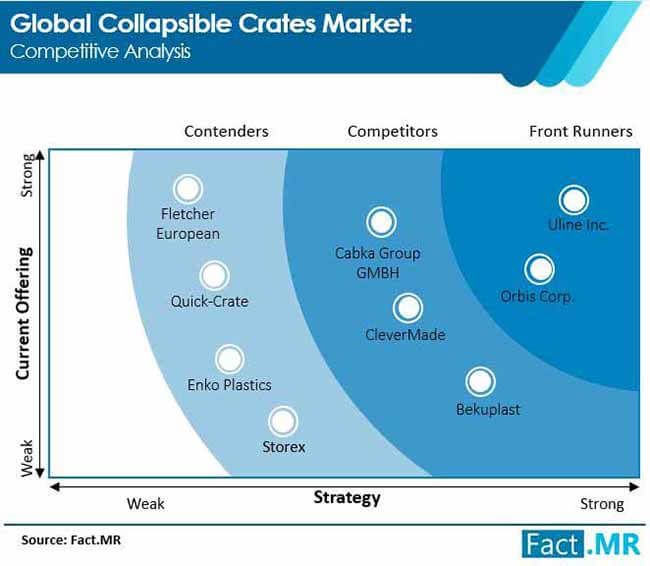 FactMR’s study has done the segmentation of collapsible crates market on the basis of capacity, material, lid type, end-use, sales channel, and region.

Collapsible Crates Market is Expected to Grow at 5% CAGR